News on the new design?

Hey,
I didn’t find any news on the new design concept posted here 8 month ago, I made a quick montage to get a better idea, I’ll share it below.

Any news on its development ?
Even if it’s still in the stage of concepts I think people could still be interested to see its development.
Maybe I don’t know where to search, but I think there isn’t a lot of information on the work being done, maybe I’m wrong.

Ninavizz has been giving progress updates on the github issues (think of it as a development forum):

Problem The app menu today is overwhelming. It needs a lot of work, and once a design is validated in user testing...

User research should just be about to be wrapped up on two different design concepts:

Nina also shared this document and a shared folder with some assets.

Also check out the other UX-related discussions: 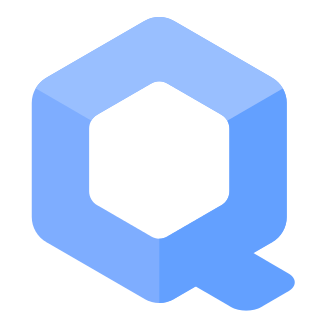 The Qubes OS Project issue tracker. Contribute to QubesOS/qubes-issues development by creating an account on GitHub.

Ohhh thank you so much @deeplow,
I guess I have to learn how to better navigate github.

This is some really excellent UX.

You have my respect.

Nah, we need to learn how to better make our UX work more easily accessible to more folks.

Nothing is ever the user’s fault!

TY @ro0t! I look forward to sharing videos and the survey to collect feedback, once those are ready—hopefully next week. Yes, I need to do a survey for feedback, because async discussion and reading scores of comments would take waaaaaaay too long—and I need feedback to be structured best for me to most meaningfully act upon. Looking forward to hearing folks’ thoughts!

The “old” looking UI is actually one of only two things I don’t like about qubes. (the other being the high cpu usage, but there’s not a lot that can be done about that). Just to be sure: this won’t be included in the 4.1 release will it?

The 4.1 release will include what we’ve dubbed “cute qube” icons to replace the swath of padlocks, signifying qubes. Regrettably, that will be the limit of significant UI changes… but there will also be many sporadic small improvements across the UX. We hope to get the new app menu ready for 4.2, and to keep that release small and limited so it can get out much more quickly than 4.1 has been able to deploy (not “official” word, just what I’ve gathered from team sentiment as we hustle to get 4.1 out the door).

Also, off-record and unofficial feedback to your question: nobody disagrees with the desire to make Qubes OS’ UI more usable, attractive, and inviting. Qubes is currently coded and maintained by the tiiniest of teams. Single-digit number of paid contributors, not just to make things from scratch but also to test and merge code. For an operating system, that’s a significant burden. Qubes is also not just an operating system, but under-the-hood is incredibly complicated. Hardware compatibility ratchets that one up, ten-fold.

We need funding and money, to get more paid resources to help. I’m currently the only UX-practicioner contributing, and I don’t even get paid for about half my work. What little work I am paid for, comes from grants… which are always modest, for specific/limited features, and in and of themselves are expensive to secure. Qubes is also a non-profit project, and not out to get VC funding… which for the long-run, is a good thing—but means it’s harder to score a significant cash surge, today. If there are businesses or wealthy individuals you know of who’d like to make a charitable contribution, that could help, tremendously. I’d love to drop everything else I’m doing, to work on every part of the Qubes UI; as I’m sure Marek and team would love to hire an entire division to focus on hardware compatibility and stabilization of existing features. We all hate money and capital on the one hand, and yet money is what buys resources; cuz that’s what pays for us to put food on our tables and servers for our cats to co-opt as their beds.

Hey @ninavizz ,
about the financing, I think the new design is important to be communicated because, for me at least, it’s hyping the project so much, it’s making it alive.
That’s what made me donate even though I don’t even use QubesOS, knowing that you’re doing everything to make it as easy to use as possible.
For big donators, are you applying for the Duckduckgo yearly donations ? I think your project fits quite well.

Thank you for the kind thoughts! I have wanted to put together a User Research page for the Qubes website, and your thoughts are a good nudge towards doing that.

@michael is our grantmaster, and is the best person to speak to a possible DDG application. Thank you for that suggestion, it does sound like a potential great fit (but again, that is Michael’s call)!

Separately, I did live and work in the San Francisco startup community, for many years… did Y Combinator, and know the venture community a little too well. It’s also been a backburner desire of my own to put together a deck to pitch philanthropic funding to investors desiring to put their funds into a project for-good (and without expected VC chains/monetary-returns). A couple well-endowed founders have backchanneled me to say they’d love to see a good Qubes deck to pass around to solicit donations on, so once I get Marta some good stuff to work with for building the App Menu stuff (which is a grant-funded project we’re on a deadline with!) I’ll make it a point to also prioritize this as something to discuss with the broader team and to potentially work on.

Thx for the encouragement—I think all of us would love to see Qubes get more funding. It is an amazing project, and our world has become increasingly hostile to journalists and human rights defenders.

BTW, @brochard we are in-progress on an all-new design for Qubes’ appmenu; something specific to Qubes OS as a hypervisor system. We’d love to hear what you think! Our survey closes in 14 days.

Yeah I’ve done it, even though I’ve never used qubesOS, I think I prefer everything in Jackie except the favorites, they need one more clic to show and it’s not that big of a button, you probably couldn’t do it automaticly with muscle memory unlike Bessie.
Edit: rewatched it, Bessie’s favorites are also a clic away, so what are the apps bellow the favorites button ?

For big donators, are you applying for the Duckduckgo yearly donations ? I think your project fits quite well.

doesn’t seem like something you can apply for anymore (I think it used to be the case) and they seem to be focusing on NGOs now rather than FOSS projects. but if you find an application link I’m always happy to send an application!