I recently got lost in the topic of zsh theming which lead me down an enormous rabbit hole.

Ultimately, I stumbled upon font-logos (formerly known as font-linux) and would like to see a Qubes logo added there.
To achieve this, we would require a black and white SVG version of the logo. I know about the style guide and am aware that it offers a “logo-outline-small” which is just the outline of the well-known Q.

However, I feel this might be too leightweight to be used as a font icon. When looking at the other icons, I feel they are much more “present”. The original blue-colored Q just looks so much nicer.

Is there a (semi) official take on a black and white version of the logo? Maybe someone with design skills could come up with something?

What would we get if the Q would be inserted into font-logos you might ask?
First, this font can be used like font-awesome, on webpages and similar documents using CSS.

Second (here goes my theming rabbit hole), there is the nerd fonts project which aggregates a lot of icons from different fonts and patches some well-known and often used monospace fonts to include them. If font-logos would include the Qubes logo, so would nerd-fonts (sooner or later) which would open the door for all kinds of nice shell theming.
For example, the very powerful zsh theme powerlevel10k by default includes an OS icon in its prompt. I suppose this could look very nice if used in Qubes. I imagine differently colored shell prompts reflecting the different colors of the VMs for example. Enough stuff for a whole thread on its own ;).

Is this good for you?

Since it’s an .svg you can easily tweak the colors to make it white as well. Find related branding for Qubes here: 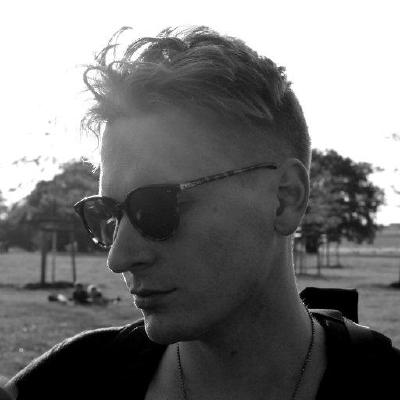 A repo of work-in-progress and finished designs. Contribute to bnvk/Designs development by creating an account on GitHub.

Unfortunately, grayscale won’t work. It needs to be black and white. Maybe something like an inverse version of the outline logo.

Just had a look at the repo and found something very promising: Designs/Sticker-Qube-White-Outline.svg at master · bnvk/Designs · GitHub

Thanks @deeplow, I think this is a great starting point.

Do you mean something like this? The notches are transparent but white color can be added as well as external white lines. If you tell me exactly what conversions you want I can have it ready for you in svg format

That’s exactly what I had in mind. Thanks a lot. I’ll create an issue on the font-logos GitHub and we’ll see how it goes.

I would just advocate for the Q “leg” to be connected to the rest of the “Q”. At least the Qubes stickers (all white) look pretty much like your suggestion but with that key difference.

Personally, I would be open to both versions. IMHO, the detached leg emphasizes the “qubic” aspect of the OS. The outline version I initially stumbled upon in the style guide also uses this variant.

However, the official colored logo does not differentiate between the leg land the lower right part. What do others think?

I can fix the “leg” issue

I just liked it better if it’s got a leg gap. Of course I don’t want to alter the official logo of Qubes. So I upload a fixed logo